Do we value all innocent human life or not?

Eight months ago in Bakersfield a young woman and her boyfriend decided 30 weeks into her pregnancy that they didn’t want to be parents after all. The woman told police she instructed the baby’s father to punch her in the stomach to rid them of that responsibility. At least 10 gut punches later, the deed was done.
According to police reports, the woman went to Kern Medical Center, telling medical staff she had fallen while mopping, leaving her stomach severely bruised. Not long afterward, doctors delivered a baby girl, dead with a fractured skull and spinal injuries.
The horrifying case and what to do about it was rumored to have caused heated debate among law enforcement officials over whether a crime had been committed. The case is still pending at the Kern County District Attorney’s office, but California law is clear. Taking the life of a preborn child is not murder if the “act was solicited, aided, abetted, or consented to by the mother.”
“Had that baby drawn a single breath we could have considered any number of charges,” said former District Attorney Lisa Green shortly before her retirement in early January.
For want of a single breath, the brutal death of that seven-and-a-half month old preborn girl is all but forgotten. When the story broke in May, local prolife voices expressed shock and disgust over the baby’s death. Predictably, pro-abortion leaders cited the case as the need for greater access in one of the most abortion-accessible states in America, taking care not to mention the dead baby lest they inadvertently acknowledge the child’s humanity.
It’s not the fault of local law enforcement that a nearly full-term preborn child was killed with impunity. And it’s doubtful such a heinous act could have been foreseen by those who wrote California’s legal definition of murder, but with our abortion-happy legislature rubber-stamping every abortion bill that comes before them, that door surely stands wide open.
This week the elected officials we sent to Sacramento are kicking off the new year with their annual resolution celebrating the awesomeness of abortion. And they’ve already promised to renew last year’s failed effort to bring medical abortions onto our college campuses. Those same elected officials are no doubt green with envy over the announcement this week that New York Governor Andrew Cuomo signed into law the Reproductive Health Act, legislation that makes abortion available to women essentially on demand up to the point of birth.
That’s right. Up to the point of birth. It should surprise no one when our own legislature follows suit.
In the 46 years since the U.S. Supreme Court legalized abortion, America has become the quintessential throw-away culture, starting with our most innocent citizens. Yet, even those who identify as pro-life tend to take little notice of the goings-on at our state capitol. And too many mainstream Protestant churches, once among the most reliably vocal defenders of life, have grown increasingly silent on abortion, inexplicably relegating the topic to the political-issues-we-don’t-discuss-in-church category.
It’s up to all people of good conscience in California to decide how far down this road we’re going to go. Will we finally resolve to respect and protect the humanity of our precious preborn citizens? Or will we cave to our most base instincts as they did in New York?
In memory of that seven-and-half month-old pre-born girl who was killed before she could take her first breath and the 2,500 pre-born Americans lost each day to abortion, Right to Life of Kern County, in partnership with RiverLakes Community Church and other pro-life churches and organizations, will host a 2,500-cross Remembering Roe Memorial the week of January 20 – 27 on the church grounds at the corner of Hageman Road and Calloway Drive.
It’s our hope that this evocative memorial will serve as a reminder that the killing of innocent preborn children is still a common occurrence and will encourage those who value life to speak up and defend it. 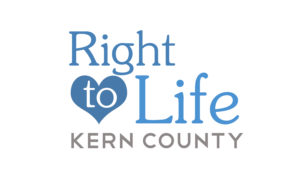